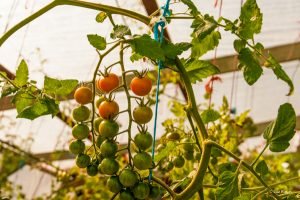 It started in the Okanagan orchards in 2006. One of the founders of our organization worked picking peaches, apples and pears in Keremeos. There he witnessed the abuses we suffer to this day. Indignation sparked courage, and alongside other workers he initiated the organization.

In 2007-2008, these organizers, along with other TFFW, began visiting farms in the areas of Abbotsford, Chilliwack, Surrey, Langley and Aldergrove, to share information about workers’ rights. They also started a radio show called “Ecos De Mi Pueblo” (Echoes from my Hometown) through the cooperative radio station: http://www.coopradio.org/, where today we continue to inform TFW about their rights at work in Canada and where to get help defending those rights. These organizers wrote weekly reports about the way rural workers were living and published them in a newspaper column called “Sacalepunta” (Sharpen it) for the newspaper Milenio, which closed in 2011. In 2008, we helped the workers of Greenway Farm, in Surrey, to gain the right to have an organization in their workplace.

From 2009-2013, we ran a Workers Support Center in Surrey. During that time we strengthened our connection with workers from Delta, White Rock, Ladner, New Westminster, Tsawwassen, Richmond, Burnaby, Kelowna, Keremeos, Osoyoos, Penticton, Vernon, Victoria, and Nanaimo. With their invaluable input and support we established an annual Health Fair, organized soccer tournaments and masses in Spanish, and developed many of our current training programs about such topics as occupational health and safety, accident prevention, pensions, taxes, parental benefits, use of private medical insurance, etc. In 2011, thanks to the workers’ efforts, we founded and promoted the TFW Mobile Clinic which provided mobile health services to workers in remote and rural locations. The TFW Mobile Clinic is still operating today. 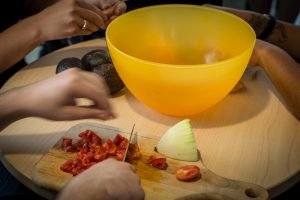 In 2014, the Migrant Workers Dignity Association (MWDA) was founded. The workers, along with Raul Gatica, one of the main founders and organizers prepared a report entitled “Beyond Our Plates”, about the lives of migrant farm workers. They also developed an interactive theatre workshop called “Guacamole, a Cooking Lesson for Justice”. Raul Gatica published a book of stories about the workers entitled “Invisibles & Disposables”. At the same time, we adapted numerous educational materials created by the Popular Indigenous Council of Oaxaca, Ricardo Flores Magón (CIPO-RFM) to  apply to temporary farm workers’ realities, including games such as Memory and Bingo, and cooperative activities such as “The House of Our Rights”, “The War”, and “Jumping the Wall”. Finally, with the help of university students, we created a brochure called “Workers on the Table”.

In November 2017, members of the MWDA board violated the organization’s internal decision-making processes, betraying their mandate to place the voice of the workers at the center of the organization. Consequently, many workers, board members and many other collaborators of the MWDA lost confidence in the organization and came to the conclusion that we must form our own organization, one which would be truly committed to the centrality of the workers’ voices and their participation. On February 19th, 2018, we incorporated the Dignidad Migrante Society (DIGNIDAD), which is founded and directed by Temporary Foreign Workers, as a symbol of hope for all of us who believe in justice and dignity.